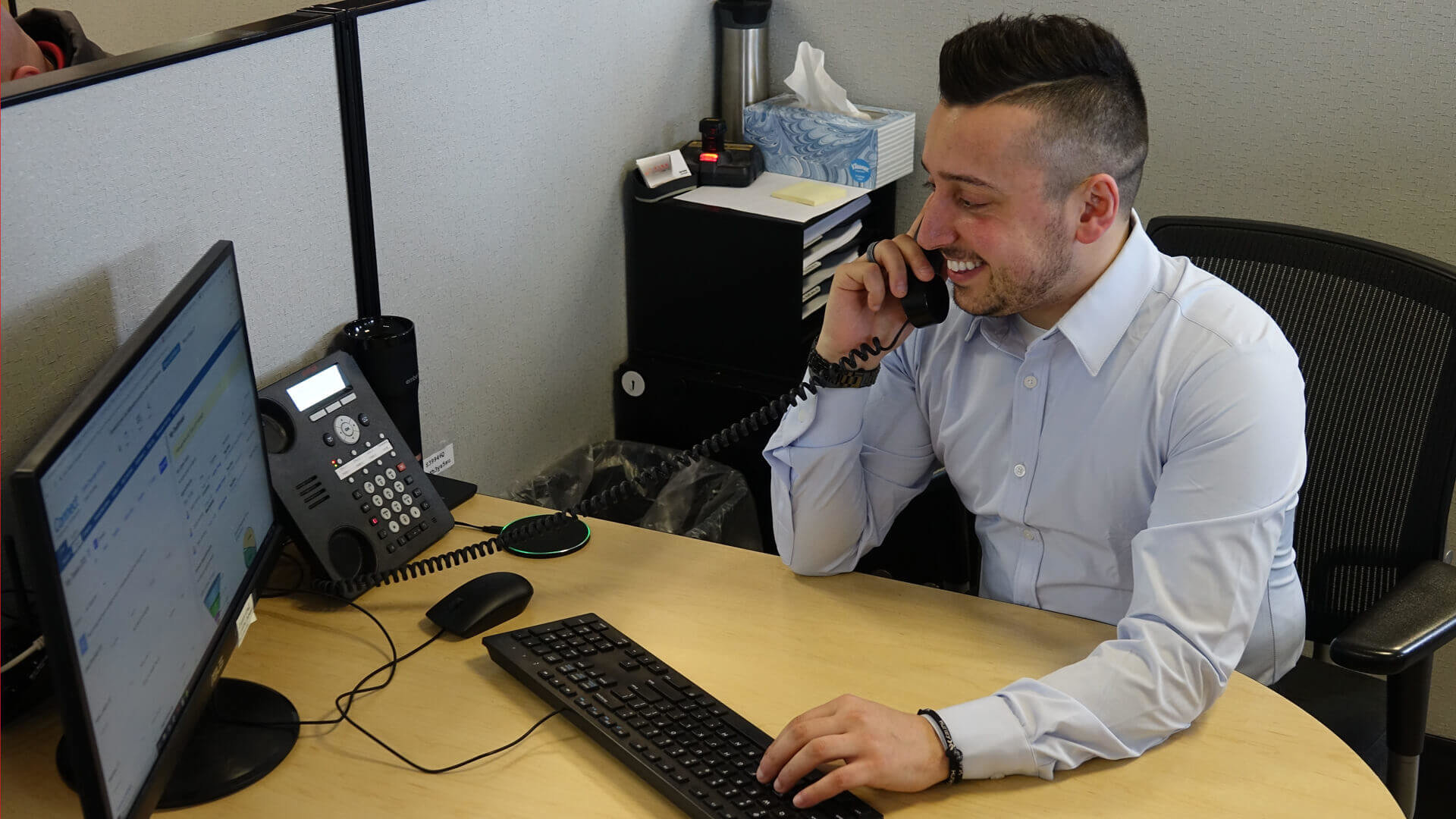 Salesman Dylan Hocking Does It Again — Salesman of the Year

Bismarck-Mandan drivers, we don’t have a brand new Salesman of the Year to introduce you to. That’s because last year’s award-winning sales consultant outdid himself in 2019 and won the award again!

Congratulations, Dylan! If you’ve purchased a vehicle from him or know him from around town, it’s likely no surprise to you that he had another stellar year at Eide Chrysler.

A Look Back at An Impressive Year

So, what motivates a guy like Dylan to come onto the sales floor each day and turn Bismarck drivers into happy Eide customers?

“I like to stay busy,” Dylan says. “It’s fun for me to talk to people on the phone and chat with customers during the day.”

According to General Sales Manager Don Pask, Dylan’s daily effort over the past couple of years is remarkable.

“Dylan comes to work everyday with a great attitude of just trying to be the best he can be for everyone involved,” Don says. “I know his customers and we here at Eide thank him for his great efforts!”

Besides interacting with drivers (and often making them laugh), Dylan says that he also has a lot of fun working with Business Manager Jeremy Johnson.

“He used to be in sales, and now I’ve crushed all of his numbers,” Dylan jokes. “And, I have way better hair than him.”

(We’re not sure if the hairstyle contributes to a positive sales experience for customers, but we’re happy to hear that Dylan is reaching his hair goals alongside his sales goals.)

Beyond the Sales Floor

While Dylan spends a lot of time at the dealership going above and beyond for his customers, his off-hours are spent with his friends, family, and standard poodle.

One interesting fact about Dylan is that his mom, Tammy, also works at Eide Chrysler. You’ll find her over in the Eide Pro Shop. (Dylan says that they only sometimes eat lunch together.)

Of the 450+ vehicles that Dylan sold in 2019, he says that as usual, the most popular was the RAM 1500. But, looking ahead to the forthcoming year, he says that he looks forward to selling the new body style of the Jeep Grand Cherokee.

If he wins the Salesman of the Year award again in 2020, we’ll be pressed to come up with new information to write about him next year. But, given his work ethic and charisma with North Dakota customers, he may surpass his sales record again.

But, if he does, he claims the secret to the success is pretty simple:

“I just work hard and I trust my team.”

Find Your Next Chrysler, Dodge, Jeep, or RAM

Looking for a new vehicle in Bismarck? Take a look at our specials, and let us know when you’re ready to drive home in something new. Dylan or another member of our incredible sales team will help you out!