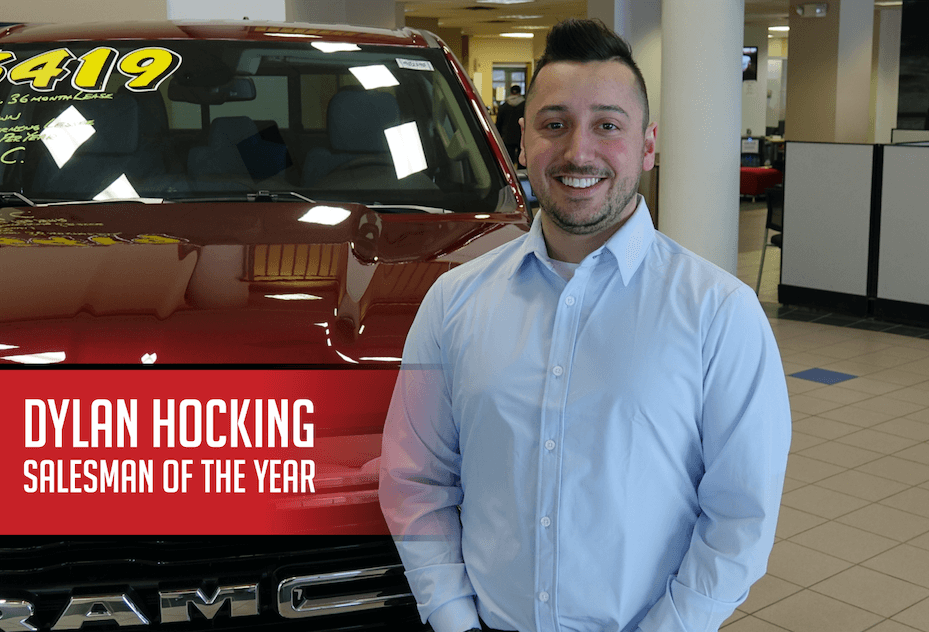 Dylan Hocking is Eide Chrysler's 2018 Salesman of the Year

Each year, we honor one member of the Eide Chrysler team as the Salesman of the Year. For 2018, that's Dylan Hocking who sold more than 400 vehicles in 2018!

You've likely met him before on our blog or seen his friendly face around Bismarck-Mandan. Today, we'll learn a little bit about his secret to creating a comfortable vehicle buying experience for our customers at Eide Chrysler.

A Lifetime of Auto

Although Dylan is relatively new to the Eide Chrysler team – he's been here just over one year – automotive is the backdrop to his upbringing.

"I've always been around automotive," he and points to his mother Tammy's career in parts and accessories as the catalyst for his interest.

Eventually, he ended up here in sales, which seems to be right where he belongs.

The Secret to 400+ Sales: Transparency + Commitment

Although we select the Salesman of the Year based on sale numbers, there's a lot more that goes into becoming such a trusted member of the sales team. Dylan points to transparency and honesty as one of the most integral parts of the sales process.

"Be overly honest at every opportunity," Dylan says. "The more honest you are, the better the experience is – whether the customer ultimately buys from you or not."

At Eide Chrysler, we live , and it's attitudes like Dylan's that contribute to our Eide Philosophy.

In addition to his honest communication with customers, Dylan also is committed to customers and takes the time to reach out to them personally.

"If a customer wants to wait a couple of months before purchasing, or if we don't have something they want right now, Dylan never fails to contact the customer later on to update and inform them," says Jesse Peterson, President General Manager.

Jesse adds that normally, those types of customers might slip through the cracks – but not with Dylan.

"It's impressive, given number of customers Dylan works with on a daily basis," Jesse says.

One of Dylan's favorite parts of his job is helping customers finance a vehicle even if they have poor credit or financial troubles. He says that this rewarding aspect of the job is a team-wide effort.

If you were one of the 400+ customers who purchased a new vehicle from Dylan in 2018, he points to the entire Eide Chrysler team who helped make it happen for you.

"We have teamwork all the way around," he says."There are multiple people involved in creating a coordinated effort so that we can help everyone drive home in a new vehicle."

Jesse adds that one of Dylan's strengths is the way in which he to that team.

"He's very helpful to the other sales staff with coaching if they need help with a certain aspect of their job," Jesse says. "And, he's always right out there moving snow when the team has to do it. He contributes a lot to the entire Eide Chrysler team."

Eide Chrysler had a great year in 2018 – from winning the Customer First Award, being involved in the Bismarck-Mandan community, and putting many customers behind the wheel of a new vehicle – and our Salesman of the Year is looking ahead forward to another successful year.

Of course, that excitement for the future includes new vehicles.

(If you're thinking about a new truck in 2019, take this word of advice from our Salesman of the Year!) 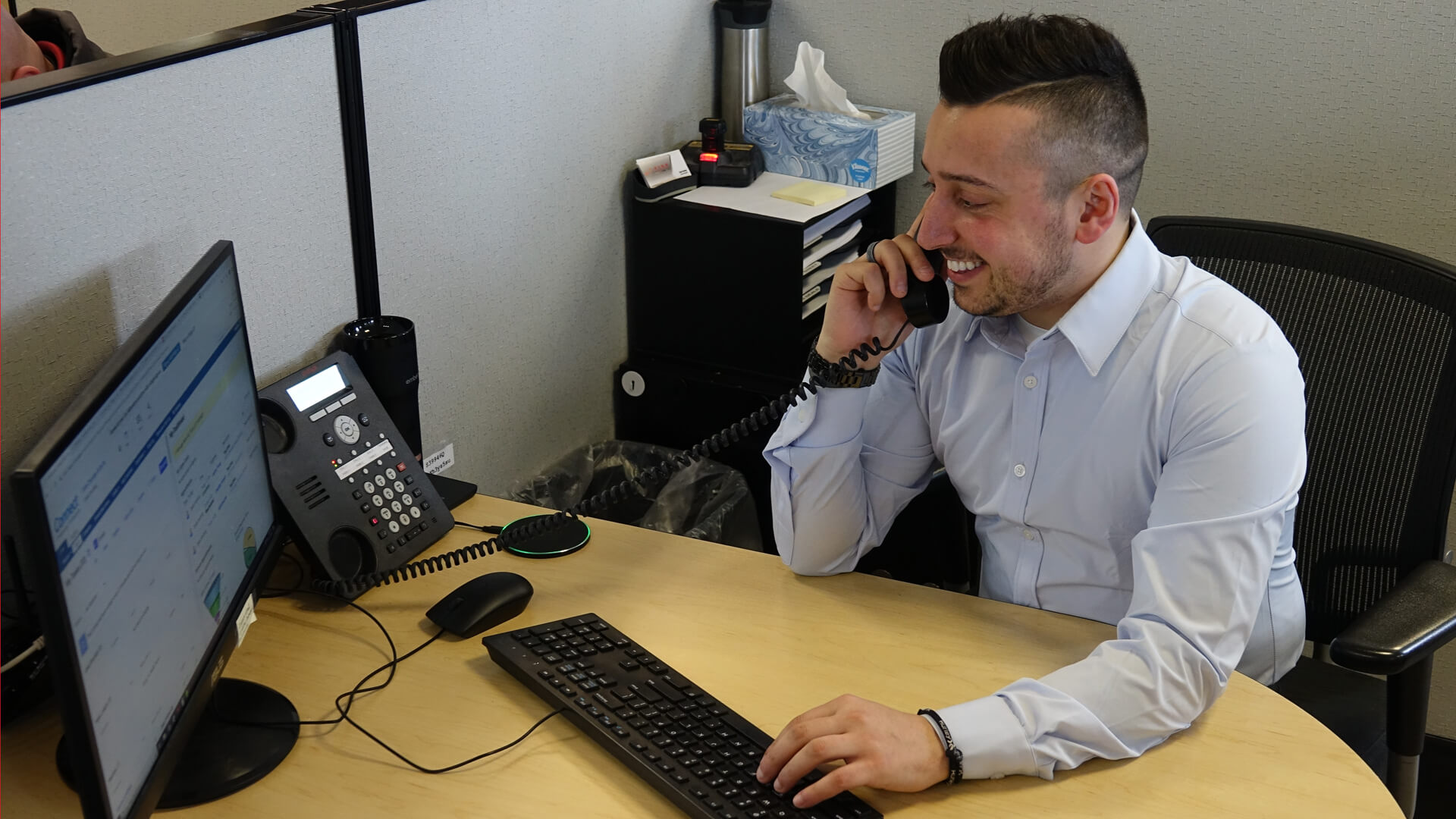 Find your Next Ride in Bismarck

Bismarck-Mandan drivers, our dedicated team including Dylan and many other top-notch employees can help you find the right vehicle for your lifestyle, and we promise you a Simple, Fun, and Fast experience. Let us know how we can help you!