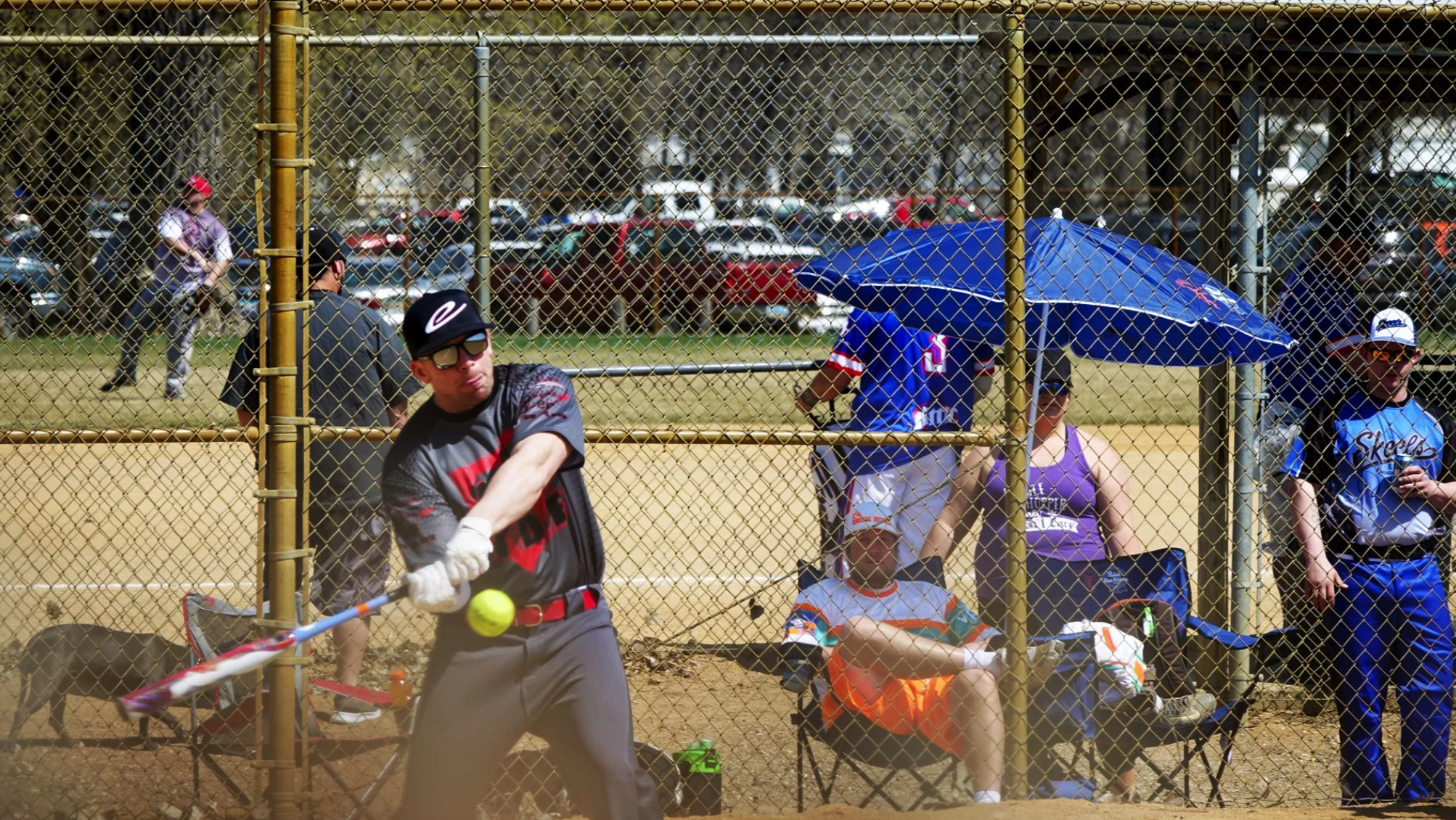 The Eide Chrysler Softball Team Leads the Way in Bismarck

It's summertime – the best days to grab your sunflower seeds and soak in the sun while you watch a good game of softball.

Here in Bismarck-Mandan, ten different leagues play each summer in various competitive classes, and Eide Chrysler is the proud sponsor of one of the best teams in the league!

Insight from Inside the Dugout

Travis Collins is a member of the team who also manages the schedule, puts together the uniforms, and makes sure everything runs smoothly each summer. He says this team has been together for 7 or 8 years, with Eide Chrysler being the sponsor the past two years.

"We play Thursday nights, which is the night that the most competitive teams in Bismarck-Mandan play. We are class C and the highest you can go in the US is to class A," Travis says.

There are no class A teams in North Dakota. There is one class B team in the state, and 15-20 class C teams – most of which are in Bismarck-Mandan.

Travis says that a highlight of each season is the McQuade Tournament held here in Bismarck.

"It's the biggest softball tournament in the world with about 400 teams, and it's June 22-24 this year. There are some really great out-of-state teams that come here to play," Travis says. "We went 2-2 last year, and I'm hoping we can do fairly well again this year.

While that's the biggest tournament that most teams look forward to – "eye on the prize," Travis says – there's also a state tournament in North Dakota, to which the team is no stranger.

It's not all about winning games, though.

As these guys have played together for many seasons, much of the fun comes off the diamond.

"We get together often to play cornhole a lot or grill out," Travis says. "Also, we try to do one out-of-state tournament a year, so we've rented a 16-person cabin in July for a tournament in Rapid City, SD. That'll be a fun trip."

A Commitment to Our Community

Eide Chrysler takes pride in being an active member of the Bismarck-Mandan community, and this is just one of the ways we do that.

We're looking forward to another Bismarck softball season, and we hope to see you out there cheering us on each Thursday at Clem Kelley. See the schedule here.