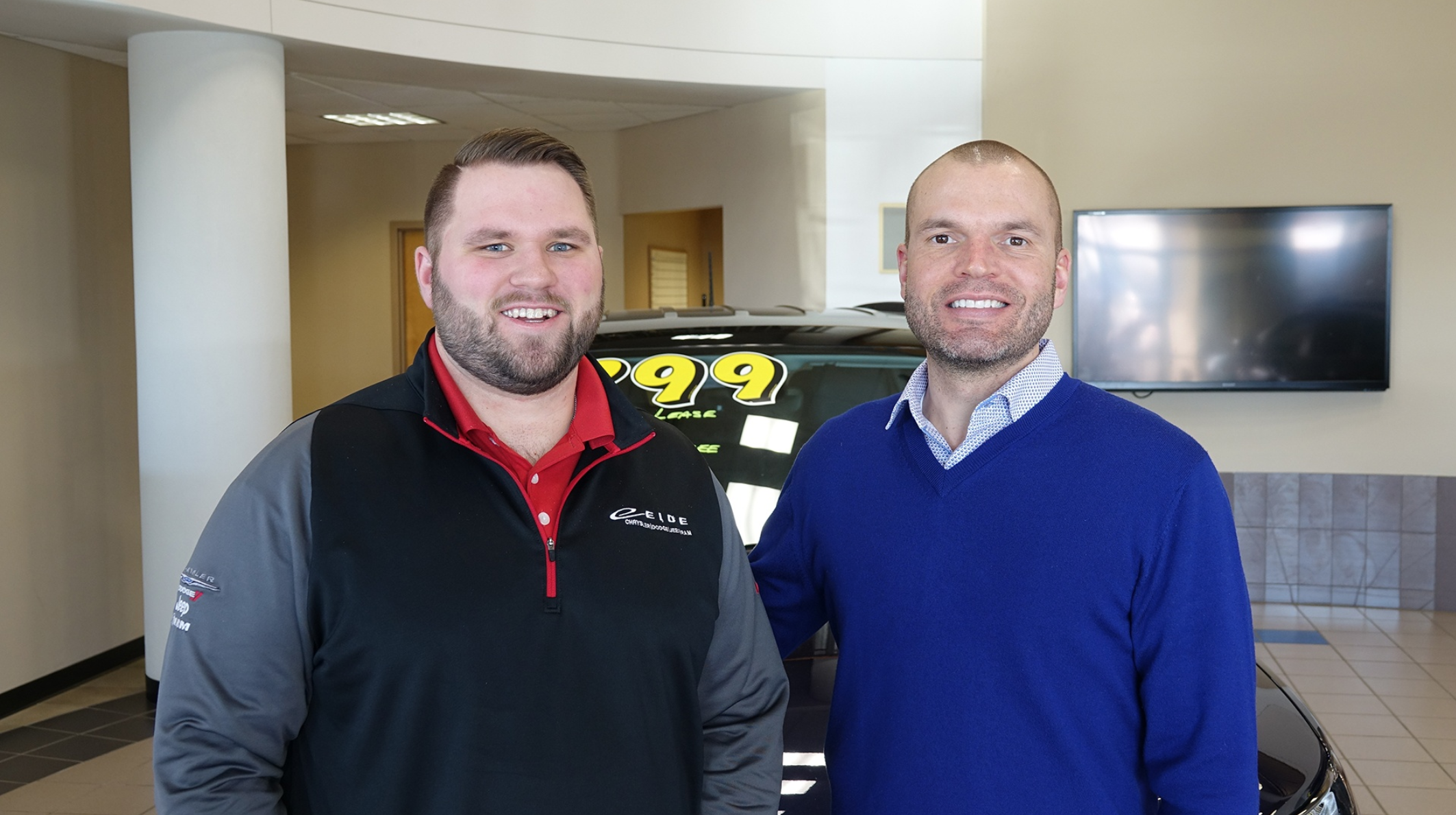 As North Dakotans know, a friendly attitude and a solid work ethic will take you a long way in life.

According to his team, Don Pask has both.

"We really couldn't ask for a better person to be in his new role," said Jesse Peterson, President and General Manager at Eide Chrysler. "He's been a key player here for years now, and he's going to be a great leader for this team."

Pask's story with the Eide organization goes back to 2011 – when he was searching for an internship for his marketing program at the University of Mary.

"Don sent me an email out of the blue, and he was looking for a job as a marketing intern," said Peterson. "The timing was just perfect, because I had been thinking about opening a position like that, so I interviewed him and it worked out."

Stepping Into a Career in Sales

Whenever he wasn't in class or football practice at of Mary, Pask spent his hours at Eide Ford, where he almost accidentally stepped into sales.

"He would go out into the lot and take pictures for our website, and people would come up to him and start asking him questions about the vehicles. They thought he was a salesperson," said Peterson. "At first he would direct the customers to someone on our team, but he has a helpful attitude, and after a he just started answering their questions. We knew he would be a great salesperson, so we moved him into sales, and he did that through college."

Pask graduated in December and became a full-time member of the internet sales team at Eide he helped with social media and handling internet sales inquiries.

Eide stores are known for helping customers find the best solutions for their needs. This philosophy also applies to its employees.

When Eide's acquisition of the Chrysler dealership was announced in late 2016, Pask had an important decision to make.

"I gave him two options, and they were both good," said Peterson. "He could go to the new store with me, or he could stay at Eide Ford. Either way - I knew he would do great."

Ready for a new adventure, Pask headed over to Eide's new Chrysler store.

"It means a lot to me that he was willing to stick on my team and help us build something great at Eide Chrysler," said Peterson. "I think it also says a lot about how he treats people here at the store."

Excitement for the Future

"Especially at my age, I'm very fortunate to be where I am," said Pask. "Eide Chrysler has a good base of great customers in the Bis-Man area, and we have a great family-like team here. We're known for good things. I just want to keep the good things rolling."