After spending the last few months in quarantine, it goes without saying most people are ready to get back into the swing of things, literally.

The Eide Chrysler softball team made its season debut on May 30, and the team is happy to be back together. Keep reading to learn why our employees enjoy getting involved in the Bismarck community through softball! 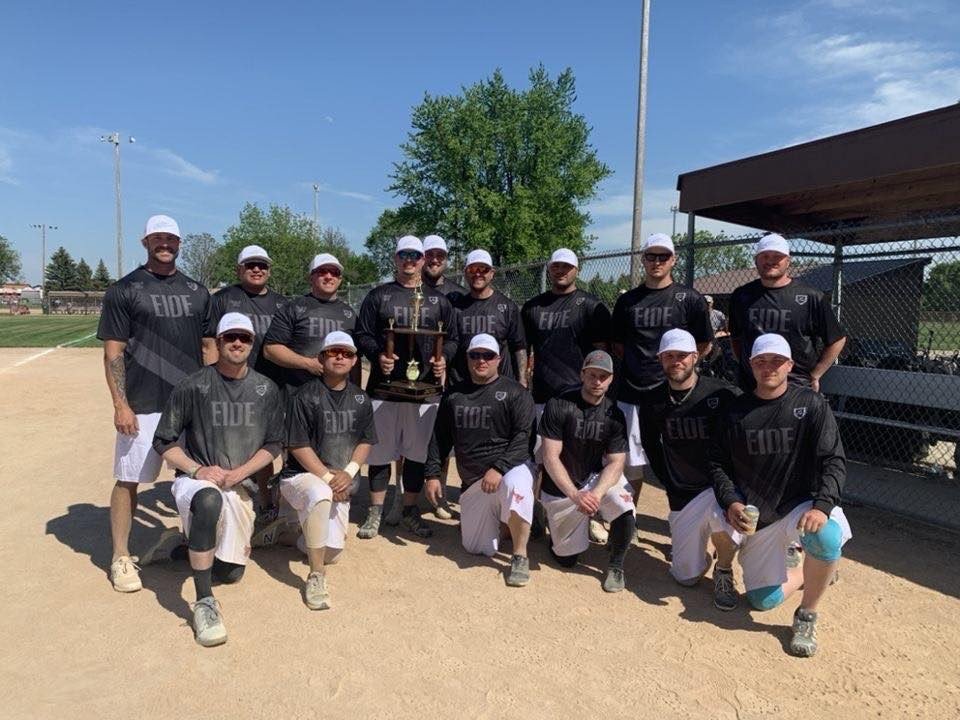 After months of uncertainty, Eide Chrysler was pleased to hear that some outdoor activities, including softball league play, had the green light to begin its season with a few additional safety precautions. With COVID-19 still a concern, teams no longer shake hands at the completion of a game, with games being spread out to avoid congestion and large groups.

For the last five years, both Eide Chrysler and Eide Ford have had teams made up of employees that play in games and tournaments around the state. The fun environment away from work is a great way for our employees to get to know each other outside of the dealership.

Even though some players were a little rusty, Eide Chrysler was still able to walk away from its first tournament in good spirits, going 5-2 on the weekend which was good enough for 2nd place!

Eide’s softball season is expected to run through August, with the big state tournament that determines the final team standings set to take place August 1st. Based on Eide Chrysler’s success in its first tournament, we have high hopes for the rest of the season!

No matter how the rest of the softball season goes, Eide Chrysler’s employees love getting out and about in the Bismarck-Mandan community.

People who do business at Eide Chrysler are from our community, so it's nice to interact with our customers in a more personable way. When we get to play softball against someone we’ve sold a vehicle to, it creates a very friendly environment.

Learn more about Eide Chrysler’s community involvement and say “hi” the next time you see us at a softball game or other community event!