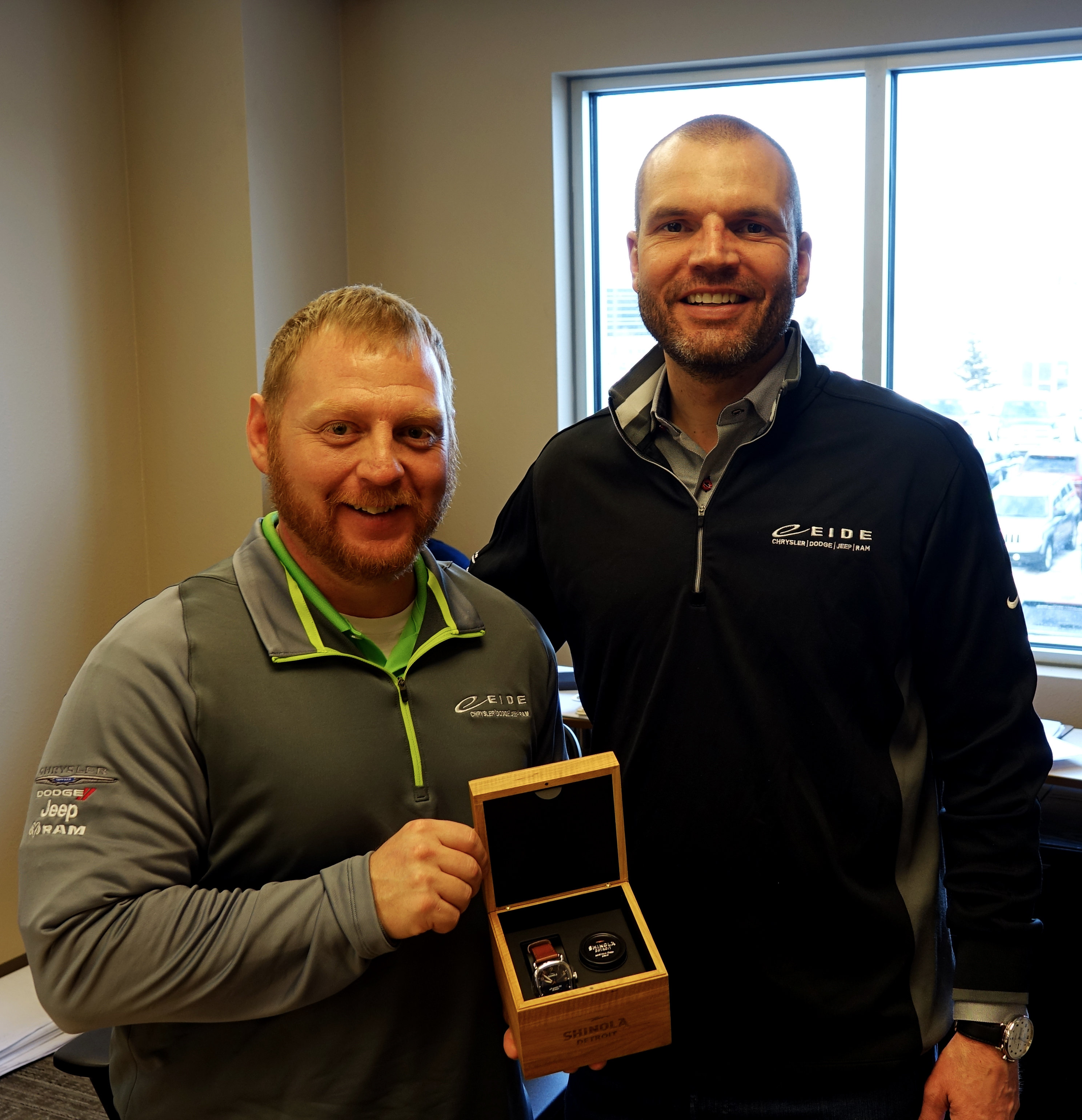 Bismarck Auto Salesman goes "above and beyond" for customers

Jason Hutslar has been honored with the annual award in light of his outstanding sales performance and customer satisfaction ratings throughout 2017.

Hutslar ranked 96th out of more than 5,000 sales consultants in the Denver Business Center, which is the dealership's corporate region. He's also just the second Eide Chrysler or Eide Ford employee to surpass 250 sales in one calendar year.

"Jason was a key part of our team from the beginning, and we were excited that he could develop into a manager role in our organization," said Jesse Peterson, President and General Manager of Eide Chrysler. "We focus on our own people to promote from within, and Jason is a prime example of that company value in action."

Peterson also credits Jason's success to his ability to empathize with customers and his focus on building strong rapport over time.

"Jason is very very good at focusing on the customer and making sure they feel comfortable," said Peterson. "It's important to make sure everyone is comfortable as soon as they walk in our front door, and Jason always makes sure that people are assisted immediately when they arrive at our store."

To recognize Hutslar's achievement, Eide Chrysler presented him with a Shinola wristwatch – an especially fitting gift because Shinola watches are built in Detroit much like the vehicles Jason sells.