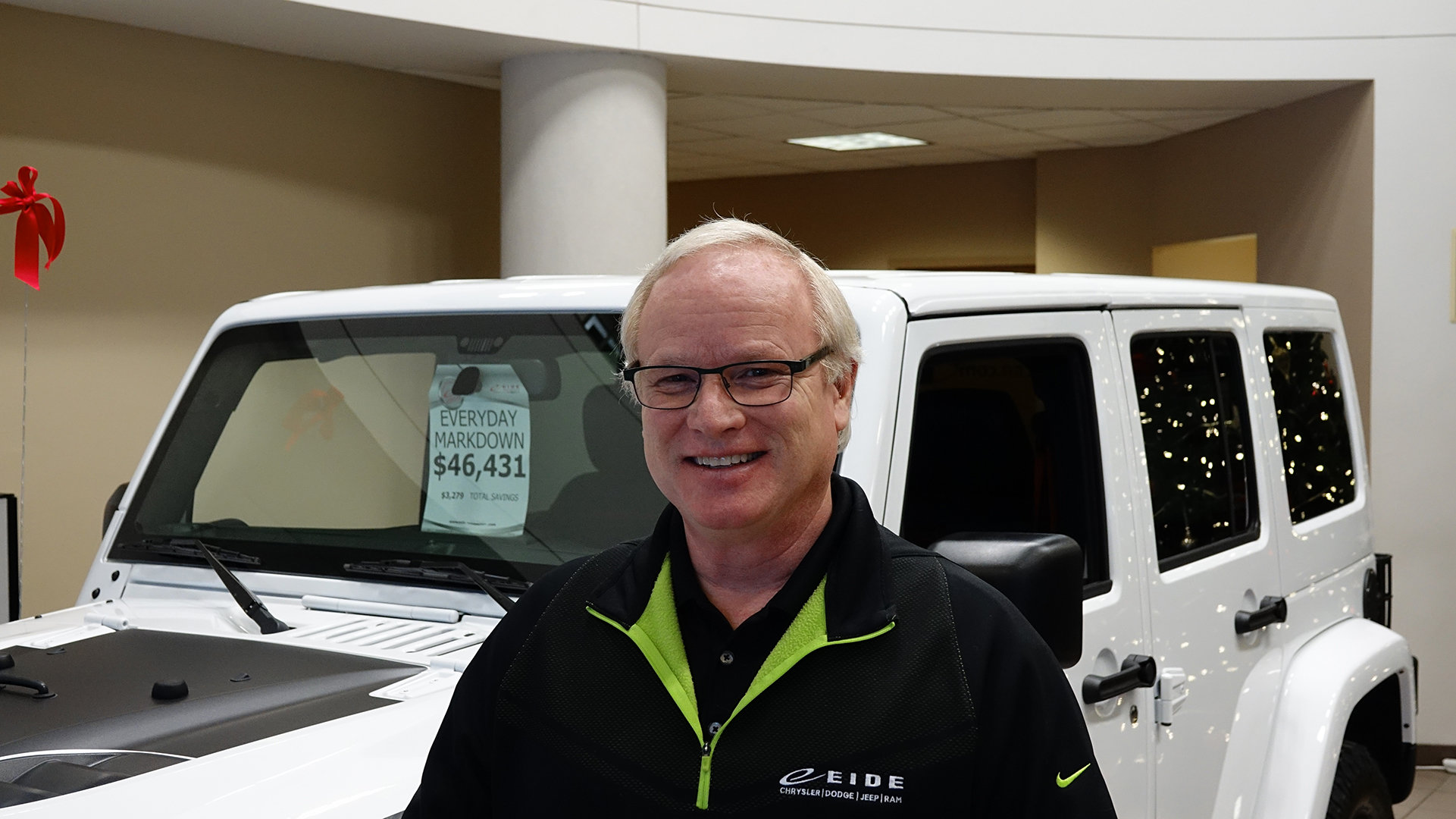 A used car salesman and a young man walk into a room. Sound like a setup for a punchline, right? But in 1999 it was the beginning of a 20-year career that’s still going strong.

Tim Lickteig was that young man, expressing disinterest in a job in used car sales because he believes in treating people with dignity and respect. But lucky for him, the used car manager he was talking to was Lamonte Mikesh, a manager at Eide Ford, and Lamonte was quick to point out that at Eide, the team does things differently.

Learn about this man's story and his work ethic that he's actively working to pass on. 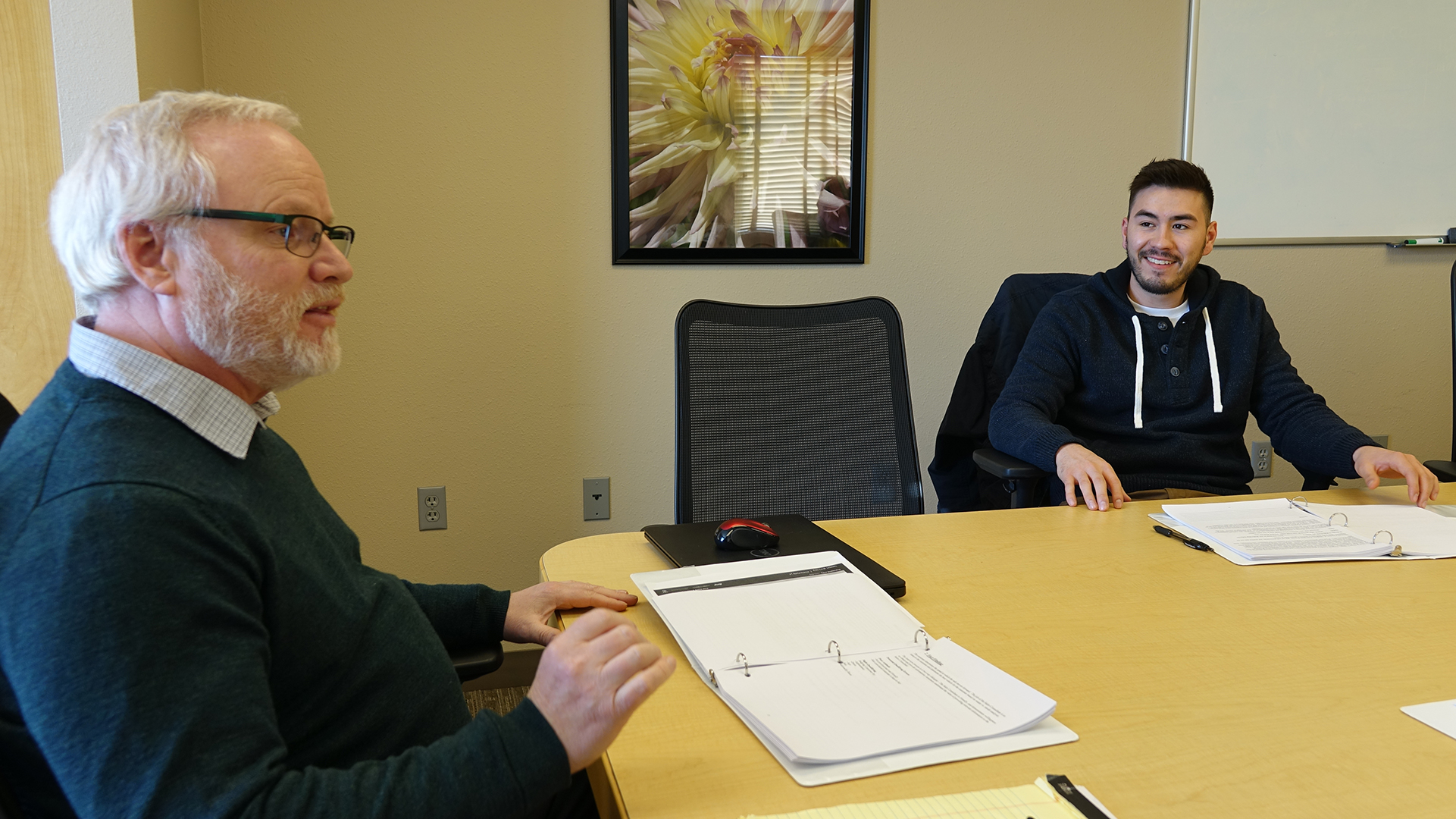 Q: How did you get started in this business?

A: I got into it by accident. I met a used car manager, Lamonte, who happened to work at Eide Ford, who said they were hiring. I said I wasn’t interested in selling cars because most car salesmen were dishonest and he lectured me about how they don’t do that at Eide; it’s a legitimate and honest position. He was right. And I never left.

Q: How has your role changed over the years?

A: At first, I was a salesman, dealing directly with customers. Then, I became a sales manager, where I worked with making those deals happen. Finally, I became sales trainer. I do sales training, new hires training, and specialist training at all four of the Eide stores.

We just moved down to Flagstaff, Arizona, and I’m transitioning into retirement, but I’m going to continue to work in my office. One week a month, I’m going to fly up and do the new hires training.

We’re inching our way ever closer to full retirement, but I’m not there yet - I enjoy the work too much.

Q: What’s your favorite thing to share with new hires?

A: That they can still make a great living at this by being honest and respectful and treating people well. A lot of people in the car business don’t think that’s possible but we prove every day that it is.

We get sales applicants from college graduates to high school education, just looking for a new career and then they find out they can make a wonderful living in new car sales, and they can be honest and respectful. And that can be really rewarding!

Q: How much has the process of someone finding a car changed in your career?

A: In the last five or six years it’s changed. Customers are far more educated than ever before; they spend 4-12 hours online researching the car or the dealership before they ever come in.

They used to go to four or five dealerships before buying, now they go to less than two.

Q: What would you say to someone who’s thinking about shopping at Eide Chrysler?

A: Check out our website. It’s extremely user-friendly. We have great third-party reviewers and Google reviews, for both sales, and service. Each of their sales staff is listed with their Google reviews. It takes the apprehension out of the experience, [because you] can do research first

much as the Eide Ford and Eide Chrysler team appreciates Tim, Tim also wanted to add that he’s “so grateful for the opportunities they’ve given me over 20 years. It’s been such a pleasure that I really don’t want to stop!”

Whether you’re in the market for a new or used vehicle, you can trust the Eide Chrysler team to help you find the right fit for you!